All Collections
Video Email Knowledge Base
What counts as a "Play"?

What counts as a "Play"?

The definition of a PLAY in regards to Playable Pricing.

Written by Anthony Mansour
Updated over a week ago

Basically, a 'Play' is similar to an open. When the email is opened and  the video automatically plays, delivered from the server, it generates a 'Play'.

Further details can be found under the Pricing Table on our Pricing Page.

HINT: The video can play from the emails' cache. This does not generate a Play which, in turn, will reduce the cost of the campaign as it is not a paid play every open. 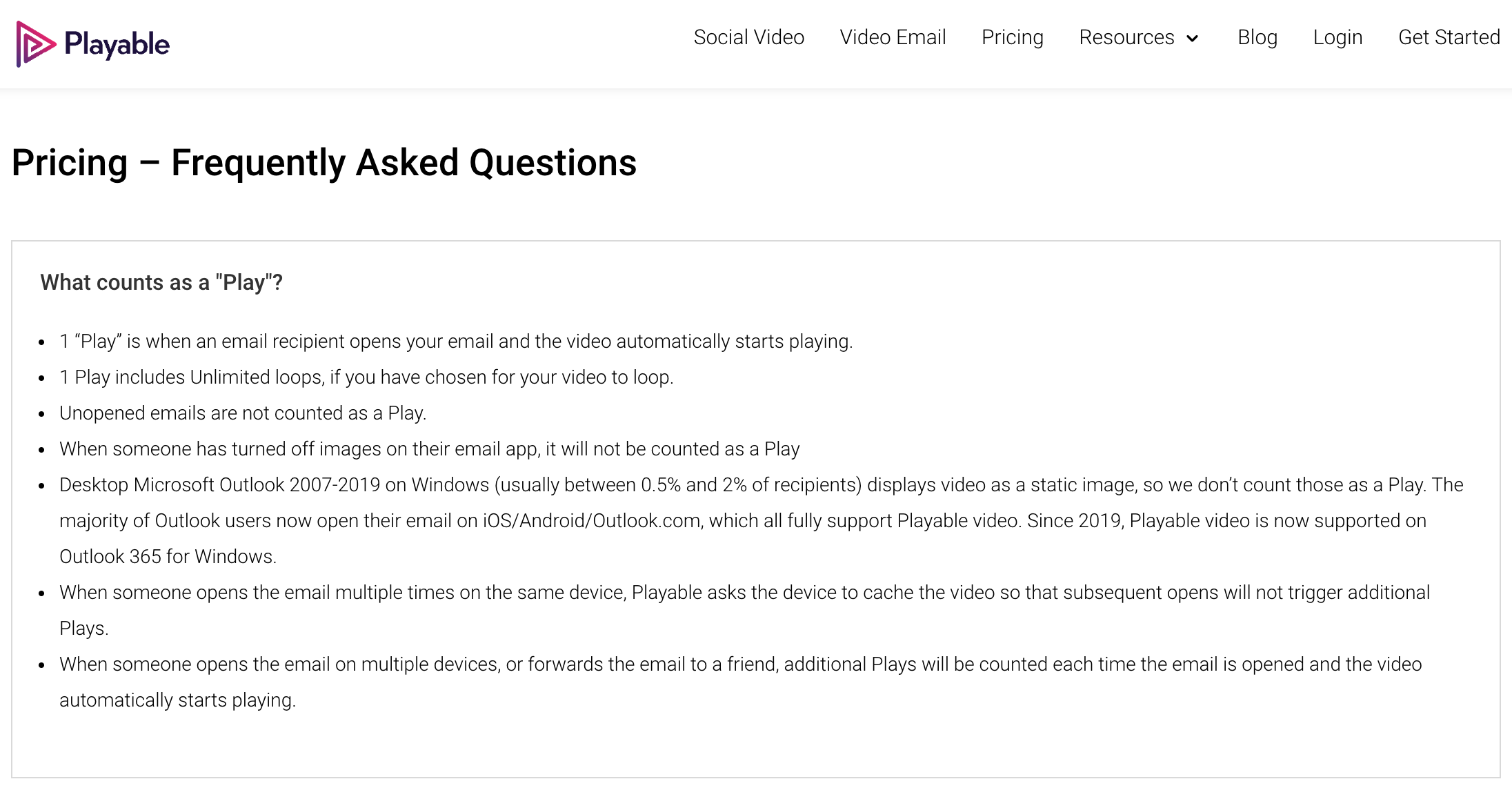 What counts as a "Play"?

Did this answer your question?